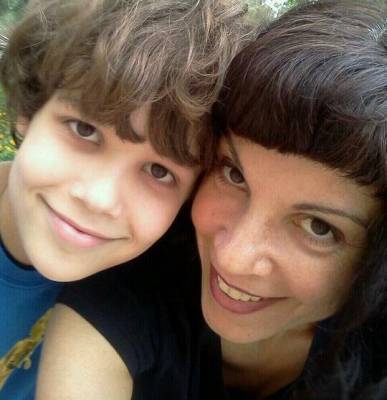 PLEASE take just a moment of your valuable HOLIDAY time to do something sooooo important--help save a little boy by calling Judge Bonnie Crane Hellums. The hearing is in Harris County Texas tomorrow 9:30 am so there is little time SO PLEASE ACT NOW!

YOU CAN SAY SOMETHING LIKE:
I am calling to let you know I have joined a Safe Kids Social Media Court Watch and am watching what Judge Hellums does in John David's case tomorrow. I am hoping that she will return John David to his mother after she was falsely accused of parental alienation and mental illness by a Fathers' Rights attorney. The research shows it is severely traumatizing to deprive a child of his mother and I want you to allow him to come back to her. This happened to me and is happening to thousands of other moms across the country and continent. And we want it stopped!

If you are near Harris County, please court watch in person!!

Protective Mom Andrea is in DC and is committed to helping other moms get their children back.

STORY OF JOHN DAVID BEING TAKEN FROM HIS MOTHER:

My son was so afraid to go with his father.
He would run or do anything to get away.
He would have such anxiety and would come up after visits and just lay there and wet himself.

I have a video of his father just taking him and forcing him into his car while my son is so upset and screaming and crying. It rips my heart out whenever I've tried to watch it again.

They just blamed all that on me. Just said that my son's behavior was so bizarre . . . .so bizarre when they traumatically removed him from me to go live with his father.

GAL said that was a bizarre 'temper tantrum' that CPS had NEVER seen anything like that . . . .
that that's their evidence - that I must have (as GAL put it) serious psychological and psychiatric problems . . . . the fact that my son would act, as GAL put it, "so bizarre" when being removed from me and made to go live with his father.

That's their evidence that my child shouldn't be with me . . . .
that's their fear that child will regress to that if he's returned to me . .
And so no, my son couldn't just happily skip off to his dad when they removed him from me to go live with his dad.

Apparently 3 social workers and 2 CPS cops didn't feel they were equipped to handle how upset my son was that he was being removed from me (with me being told that I'd be arrested if I didn't leave him there in that dingy cps office, leaving to the sound of my son's heartwrenching screams . . . . ),

They also called in Houston Police Department. They took my son, my 10 year old very scared little boy, and hospitalized him for 6 nights, medicated him, talked of institutionalizing him, then released him when he got on board with their program and agreed to willingly go with his father . . . with no more acting out . . . .

I read my ex's paperwork about it . . . saying that even after a couple days in the hospital, even on medication, my son was still inconsolable - wanting to get back to me . . . .but that he finally came around . . . and that at a 'family meeting' (family just being him and our son), on the 7th day, my son finally agreed that he would go home and live with his father . . . .

And that since then, (my ex claims) he and his son have been able to start rebuilding from the "alienation" that had occurred . . . . (Yet they say that if I were to be given supervised visitation with my son, there would need to be somebody strong there for the end of the visit to restrain my son because he would be so upset upon having to be separated from me again?

If it's so easily to intentionally alienate someone, how is it that this trauma and all these months apart have not successfully alienated my son from me and he would still want to be with me and would need to be restrained??)

It kills me that they've put my son through all this. I think that whole experience - plus the denial of all contact with me since - is, in itself, child abuse. They can't undo a trauma like that.

I still want to do everything I can to expose so that hopefully they won't be able to continue doing this type of thing to other children ...

But that last time I talked to her, she was going to talk to my ex husband about something. After that is when my ex (via his atty) filed the injunction against me with the false allegations that I'm stalking him. I think one reason for that might be so that I won't even be able to talk to the school counselor anymore . . . and then I will have no outlet to find out any information about my son . . . :(

Anyway, I miss him and I hope he's okay.

NOTE: At the hearing tomorrow the FR attorney is trying to get an injunction against her with more lies that Andrea is stalking the father. There is no evidence, but that does not stop an unethical attorney.

Also, Andrea has been ordered to go to an insider psychologist despite already having a recent clean psychological evaluation. She is objecting because it is likely just another court-appointed professional who will blame and falsely diagnose her in order to justify John David being taken away from her.