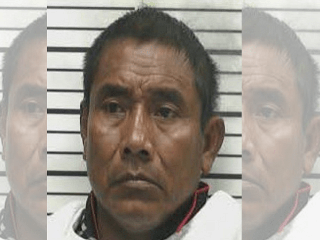 TEXAS - An illegal immigrant who has been serving as a youth soccer coach is now in jail after a long string of accusations of child molestation and sexual assault.

Soccer players in the small Texas community of Corsicana know Marcos Ramos as “Coach,” Fox4 News’ Allison Harris reported on Friday evening. However, it turns out the illegal alien from Guatemala is alleged to have long string of accusations of using soccer as a means to get access to young boys for sexual exploits.

The illegal alien moved to the United States several years ago and has been able to hide from officials while carrying out his alleged sexual assaults against children in at least two Texas counties.

The Corsicana Police Department has arrested the Guatemalan national and charged him with three counts of sexual assault of a child and five counts of indecency with a child. It appears the Corsicana charges are not Ramos’ only troubles in matters of this nature. He is also allegedly wanted in his home country of Guatemala for sexually assaulting three children.

The reportedly fled Guatemala to avoid prosecution and ended up in Houston where he began coaching another boys soccer team, Harris reported. He apparently fled Harris County (Houston) after charges of aggravated sexual assault of a child were filed. An active warrant is outstanding on that charge.

Ramos reportedly lived in Navarro County (Corsicana) for the past four years where he has again been involved in coaching soccer teams of little boys. The boys he is accused of assaulting are between ages ten and fifteen.

Breitbart Texas spoke with officials with the Navarro County Sheriff’s Office who confirmed Ramos is in custody and is being held pending a bond of $500,000. He is considered to be a flight risk due to his reported criminal history. Jail officials told Breitbart Texas that Ramos also has a hold placed on his record. They could not confirm at the time if that was an immigration hold.

The Guatemalan national has been living within yards of the team’s practice field. The fields are also near a local middle school where children in the age group he allegedly prefers attend school. One neighbor told Fox4 she witnessed Ramos buying Christmas gifts of clothes, shoes and soccer gear. Police officials said those who sexually assault use these kinds of gifts as “grooming tools.”

Police became aware of Ramos’ activities after one of the older boys came forward. Following his outcry, the other young boys came forward with their accusations. The boys, ages 10-15 are now reported to be two years older than when they were assaulted.

Ramos has allegedly used several aliases in an effort to remain under the radar for his outstanding warrants. Police officials could not disclose those aliases at this time. Fox4 reported that more charges may be pending against the Guatemalan illegal alien.

Bob Price serves as associate editor and senior political news contributor for Breitbart Texas. He is a founding member of the Breitbart Texas team. Follow him on Twitter @BobPriceBBTX.