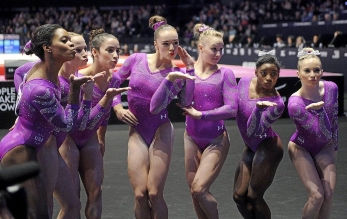 LOS ANGELES, CA - A former gymnast has filed a lawsuit against Gymnastics USA over the creation of an environment which enabled the sexual abuse of young team members.

Ex co-ordinators of the national team Bela and Martha Karolyi as well as doctor Larry Nassar are accused of hiding sexual and physical abuse which took place at their Texas training base in order to protect their own reputations.

The accuser has not been named but was part of Team USA between 2004 and 2010 and filed her complaint in Los Angeles on Thursday.

Nassar has not been charged but resigned last September after over 30 people accused him of sexual abuse during his time with the team, which stretched over four separate Olympic Games.