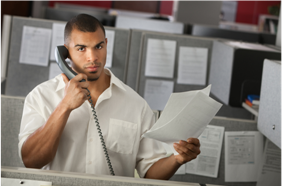 Adopt Standards for Responding to Observed, Disclosed or Suspected Abuse
Child sexual abuse is a crime and cases should never be handled "in-house." Unfortunately through many high profile cases, we've seen the devastating impact of organizations attempting to resolve the issue internally. Victims were not validated and provided an opportunity to heal and child molesters were not held accountable for their actions and in many cases they continued to have access to children resulting in additional victims.
Staff members of organizations that serve youth are considered Mandated Reporters in the United States. Some states also designate volunteers as Mandated Reporters. The specific requirements vary by State and of course by Country and those details should be incorporated into your Standards for Responding.
Adopt Standards for Responding to Boundary Infractions
Remember the Child Sexual Abuse Best Practices Boundaries are designed to interrupt grooming behavior BEFORE abuse occurs. So, although boundary infractions should be taken very seriously and have pre-defined consequences, the infraction in and of itself does not indicate a crime has been committed. Therefore, it is appropriate to handle cases of boundary infractions in-house but they should be handled according to your pre-established and documented plan.